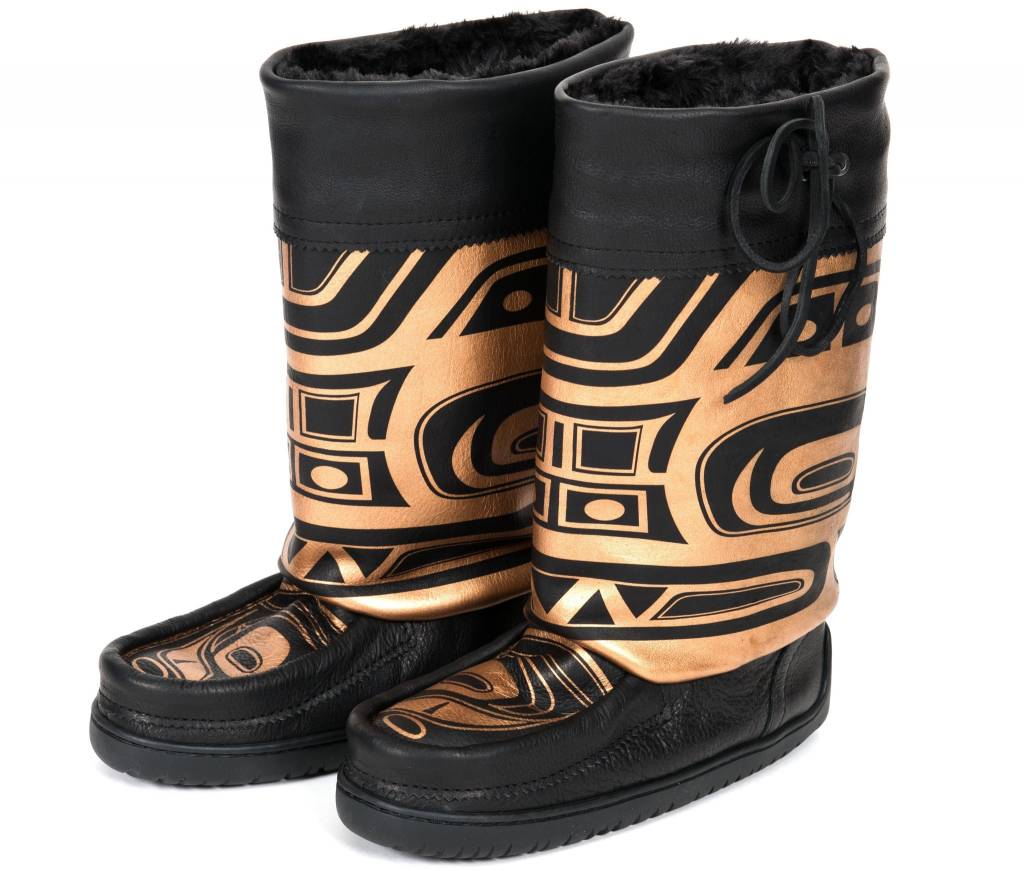 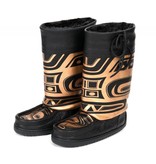 The Bear Mukluk is designed by Kwakiutl artist Corrine Hunt. The mukluk is made of grain leather and features a fleece lining, sheepskin shearling insole, and Vibram rubber outsole.

PLEASE NOTE: This style tends to fit big. It's recommended you size down by one full size versus most other footwear.

The Bear Gatherer pattern was designed by Aboriginal artist Corrine Hunt.  The bear was the clan symbol of Corrine's great-great grandmother, Anisalaga.  Descended from a line of powerful Chiefs, Anisalaga would spend nearly a year weaving a single blanket to be worn only by noble family members.  Anisalaga wove 13 of these "chilkat robes" but only three remain in the Hunt family.  Corrine has been working on a film to document the other robes.  One was recently repatriated by the Umista Cultural center in Alert Bay with funds from the Canadian Government's National Treasures Fund.