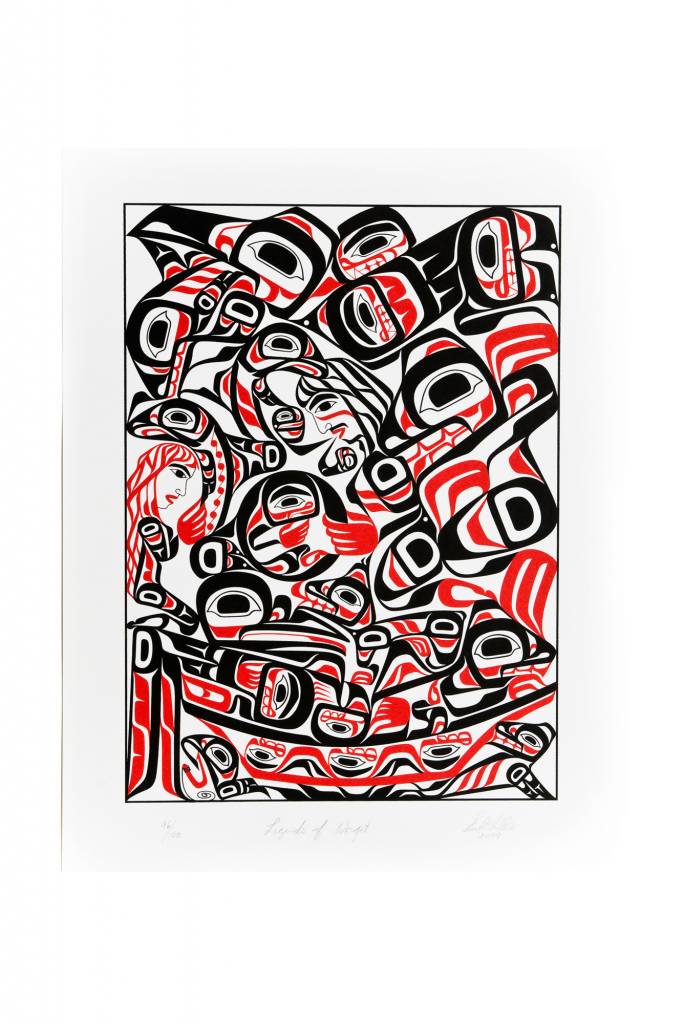 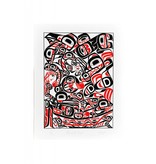 Errol Hillis is deceased.  His spirit name was White Cloud. He came from the Kispiox reserve of the Gitxsan Nation, about fifty miles inland from the south tip of the Alaskan pandhandle. The Gitxsan's traditional territory runs along the upper banks of the Skeena or Xsan, 'the River of mists', and is a unique nexus between British Columbia's coast, interior, and north. This location not only made Gitxsan country an important centre for trade and cross-cultural exchange among BC's first Nations for thousands of years, it also isolated them from colonial Europeans until the late 1860's. Buffered by the Nations around them, the Gitxsan received blankets, cast iron pots, and guns in trade for more than half a century. Errol's home is the furthest north of the modern Gitxsan communities, where the Kispiox River enters the Skeena and pavement becomes logging road.  His ancestors knew themselves as the people of Anapayaxw, 'the hiding place', but they were renamed Kispiox, 'loud talkers' by the Department of Indian Affairs.  They were according to the government Indian agent, the 'head-centre of disaffection', rejecting telegraphs, reserves, wagon roads, fishing restrictions, and logging.  Because of these factors his people have retained much traditional knowledge.  Errol began to develop his skills and talents as an artist and carver in 1986.  His curiosity and admiration for west coast art led him to seek the training and guidance of such master carvers as Walter Harris, Roy Hanuse, and Clarence Wells.  In the past few years Errol realized that his vivid imagination is a gift carried, not owned.  He felt he must always be learning to retain his artistic inspiration and while carving or painting his mind, body and spirit remained connected to the project at hand.  His emotions were heightened with excitement as the finished product came to life.  Errol always completed the eyes of his subjects last so best express the character and life of the spirit within the art.  He felt each carving or painting has a spirit that wants to be expressed individually.  For Errol, practicing his art was a spiritual experience which offerred him profound healing and an awarenes of living in harmony with nature.