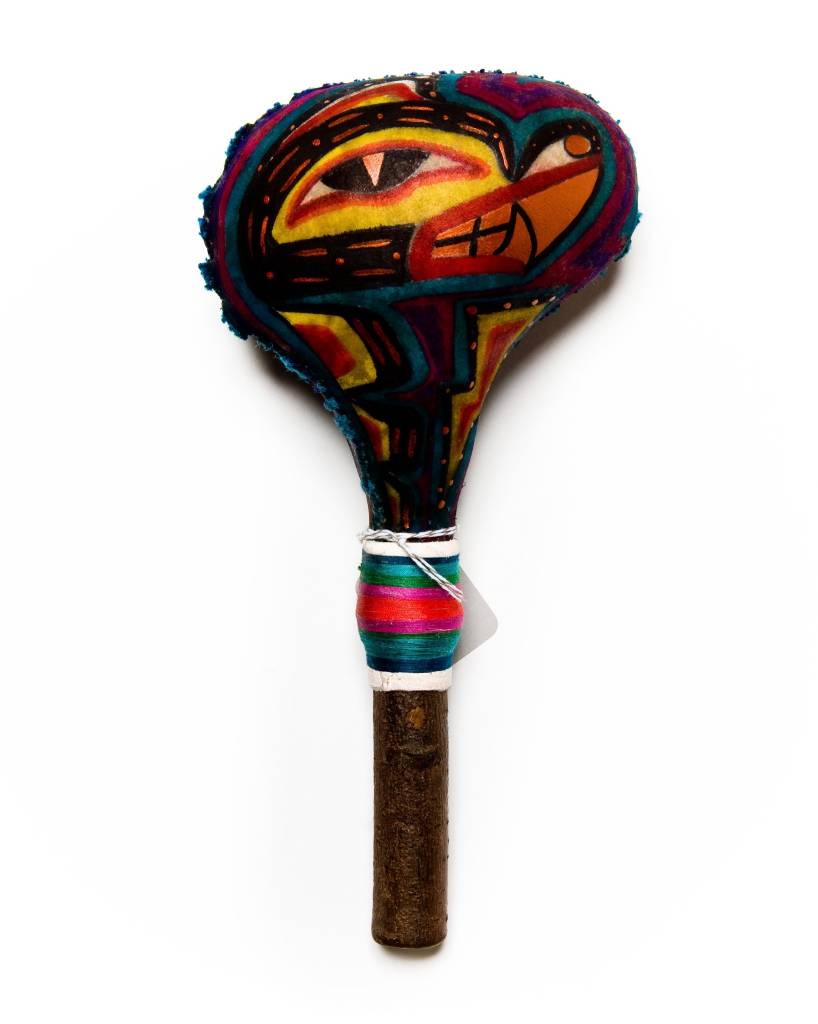 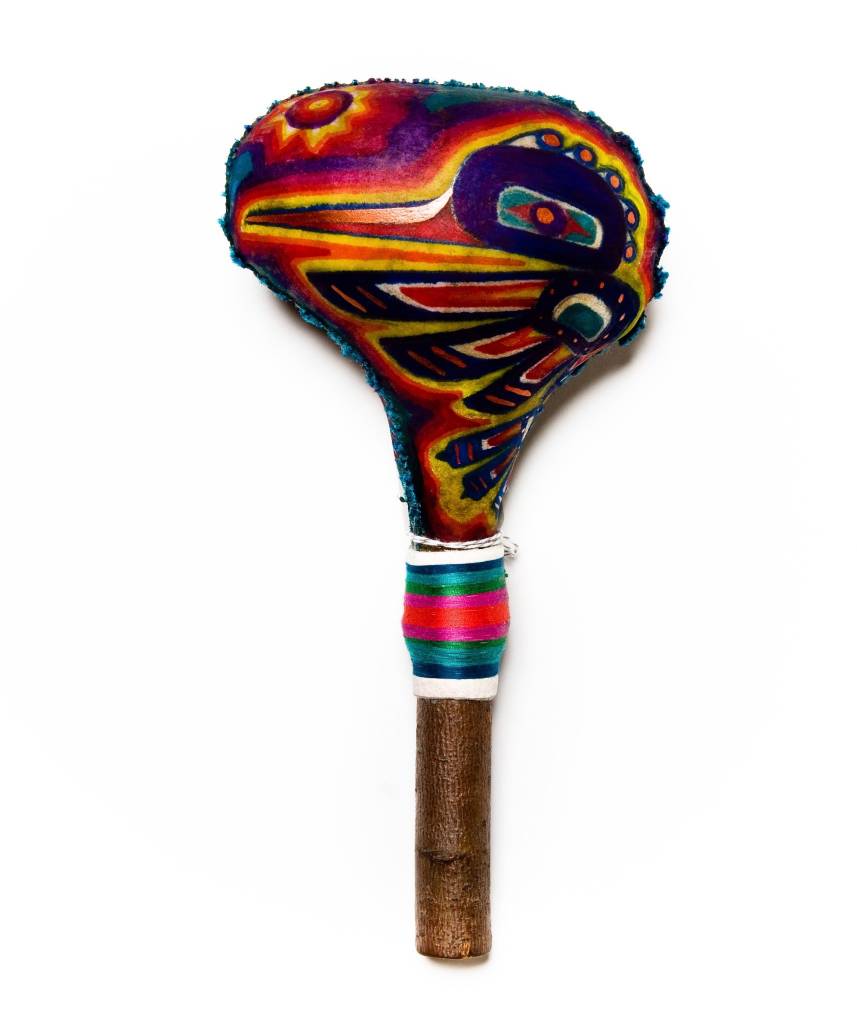 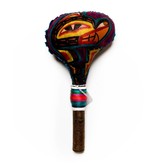 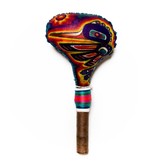 Gyauustees was born on what is called Vancouver Island and grew up in the Pacific Northwest. His heritage is Nuu-chah-nulth, Coast Salish, Kwakwakawakw. He won his first contest for artwork in preschool and continues to excel with his artwork.

In the last 20 years he has focused on developing art through spiritual ceremonies and medicines from the southwestern deserts and South American jungles.  These experiences have expanded his creativity and his color senses.  He utilizes and embraces the whole spectrum of the rainbow rather than just red, black, green and blue.

As Medicine Chief and Roadman :gyauustees travels extensively, conducting ceremonies and facilitating cultural activities.   He also teaches and mentors other artists and has begun sharing through television, radio, music videos, movies and documentaries. His greatest passion is music and has recently released a DVD to share traditional songs of the tribal people.