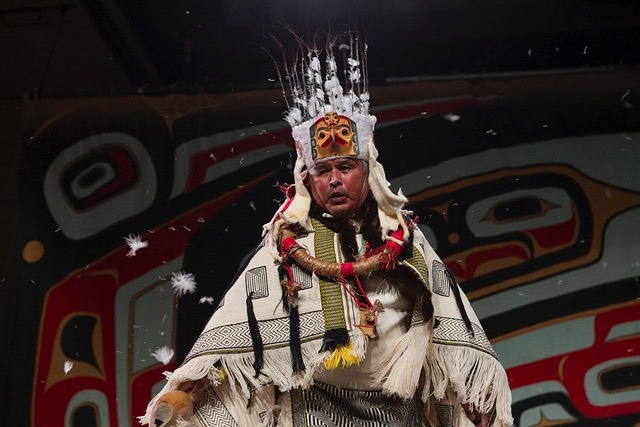 His many published and widely exhibited works include: limited edition prints, silver and gold jewellery, masks, helmets, large poles, rattles, argillite sculptures and drums. Reg is also an accomplished singer and dancer with the Rainbow Creek Dancers, a Haida Dance group formed in 1980 by Reg and Robert. Among his many interesting commissions was a major totem pole project that was ordered by the successful British artist, Damien Hirst, in 2006.