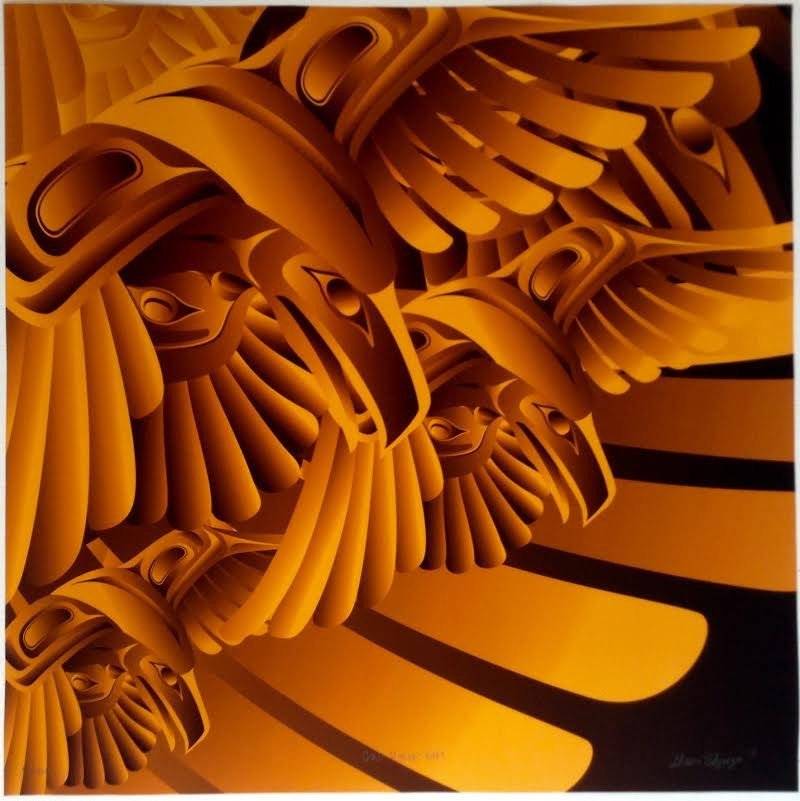 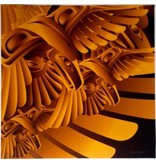 Raven is the creator, transformer and trickster. Legend says the Raven released the sun and moon, and discovered mankind in a clamshell. The Raven also brought the salmon and the water to man, and taught people how to fish and hunt. The Raven is one of the two main crests of the Tahltan.

Alano is a Tahltan multimedia artist and entrepreneur based in West Vancouver, British Columbia. He has had numerous group shows and solo shows in Canada and abroad and is one of the key artists in the contemporary northwest coast art movement.