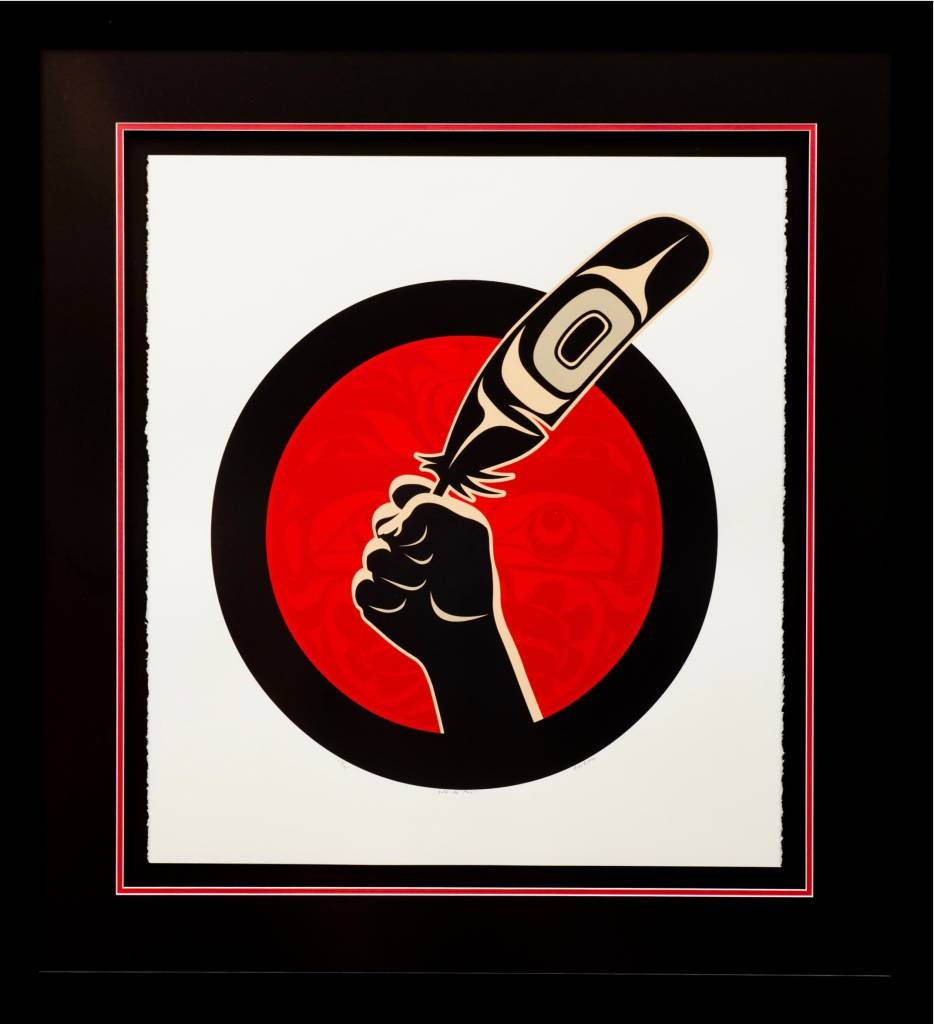 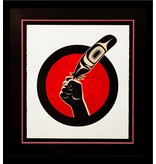 “Idle No More!” is a limited edition print using the silkscreen method of printmaking. This print was released in May of 2016 and printed by Andy MacDougall at Wachiay Studio in Courtenay, BC. A total of 93 prints bear the title “Idle No More!” and are signed by Andy Everson: 75 in the primary edition bearing the numbers 1/75 through 75/75; 7 Artist’s Proofs; 7 Remargues and 4 Printer’s Proofs. The acid-free Stonehenge 100% cotton rag paper measures about 22x25 inches. The sides contain a deckled edge. Image size measures about 18x20.35 inches.