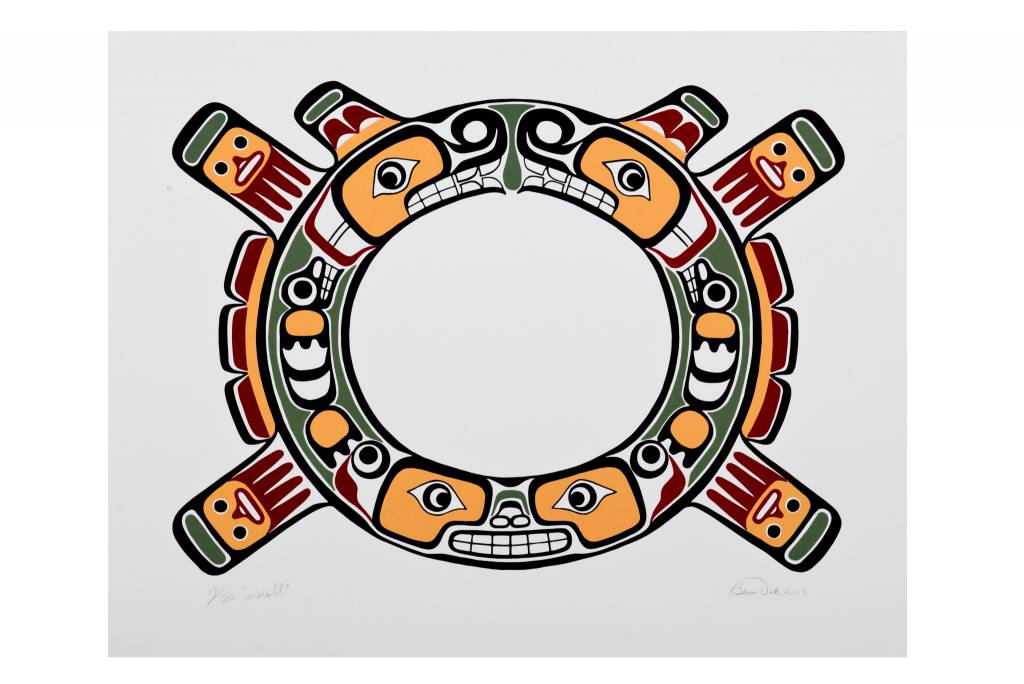 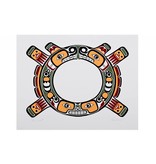 Beau Dick created this print for Greenpeace in 2015 after members of the organization approached him about redesigning and restoring their 1975 Sisiutl logo to a more culturally appropriate form. The logo originated after Greenpeace’s first mission in 1971, when the crew visited Alert Bay and were gifted a blue cloth with a Sisiutl crest by a leading member of one of the Kwakwaka’wakw communities. Over time, its form was dramatically altered when Greenpeace members decided to use it as the basis for a new symbol for a campaign that was to launch in 1975. Many years later, and with greater understanding of cultural appropriation and Kwakwaka’wakw customs and traditions, Greenpeace was able to recognize that this logo had in fact been inappropriately altered, changing its meaning entirely. This led to the decision to have it restored and possibly re-dedicated to the organization by representatives of these First Nations. Beau agreed to redesign the Sisiutl Crest for Greenpeace’s use in perpetuity, but with their written promise to never alter it again.