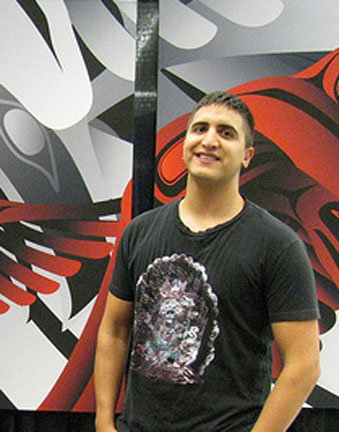 Alano Edzerza is a Tahltan multimedia artist and entrepreneur based in West Vancouver, British Columbia.Alano has had numerous group shows and solo shows in Canada and abroad and is one of the key artists in the contemporary northwest coast art movement.

He is the owner and director of Edzerza Gallery, Edzerza Sports and Edzerza Artworks and has been running his own business since 2007.

Recently, Edzerza Gallery has moved from the downtown Vancouver location to a fully operational online store and gallery. The Edzerza Artworks business plan and proposal has been set up since starting the gallery. Ongoing activities have included art production, sales, wholesale and as of late focusing on online retail sales.