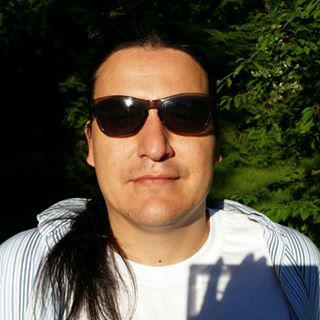 The name i was born with is Andrew Jackson Flatfoot.  I discovered this three years ago when i found my mother and family. When i was a baby my mother, a Indian Residential School survivor, with little education, took me to the hospital cause I was sick. She signed some papers and was told to come back the next day. When she went back she was told I was put up for adoption. There was no recourse for a young native woman at that time.
I grew up in Montreal with a non native jewish family.
For most of my life I lived not knowing anything about my native heritage or family. The popular term for someone like me is Sixties Scoop. A government program that saw native children forcibly or through coercion or manipulation taken from their homes and adopted out. I now know I am Ojibwe from Sandy Bay reserve in Manitoba.
I moved to British Columbia when I was 21, and just roamed around. I met a lot of native people but had difficulty identifying, as I had no knowledge of who I was.
About 10 years ago I met an elder in the Fraser Valley who saw my life as it was, it wasn't pretty, and who took it upon himself to teach me a better way of life. I am a carpenter and cabinetmaker so we took those skills and used them to fashion traditional, cultural, and ceremonial items. Most of which we gave away to charitable organizations. I call that elder Grizz...he looks like grizzly adams. I started attending sweat lodge and other ceremonies and was taught the spiritual aspect of my culture. Many elders from many nations taught me. They also spent many years helping me to heal from the various traumas i had suffered. Taught me how to be a good native man.
I owe the west-coast culture everything that is good about me as it was they who brought it out. They taught me about the art, as a way of life.
Three years ago after a long search I was reunited with my mom. My goal was to return to her healthy, happy and whole, just the way she last saw me.
I now live in Manitoba, with my family. I continue to carve to the best of my ability, to respect the art, artists and culture that gave me so much.
I have lived a hard life...
But its all good now...