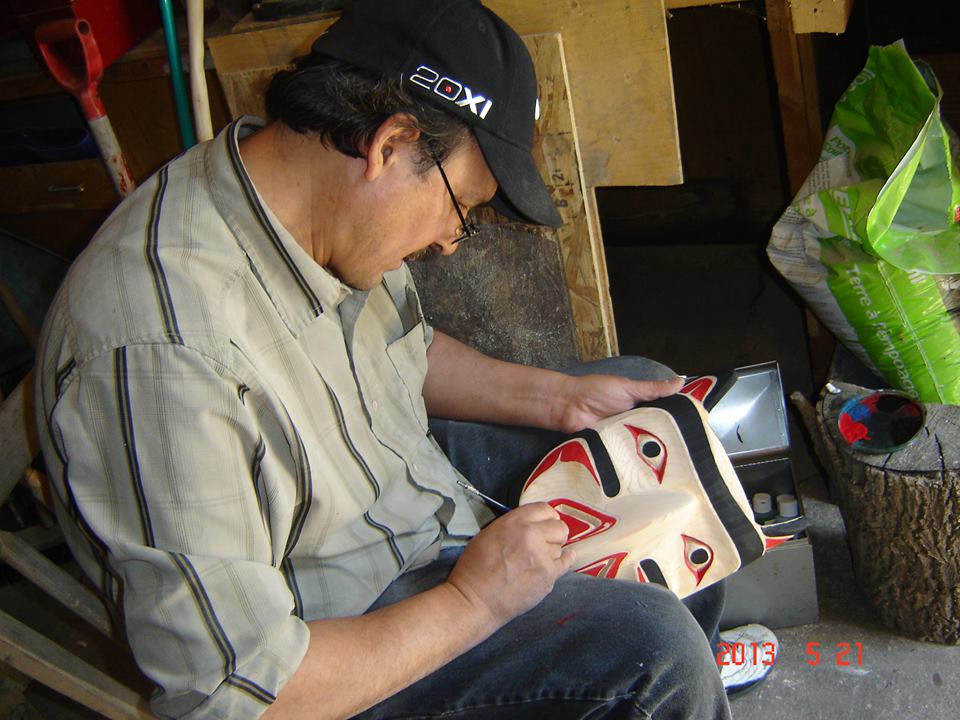 Emil Thibert is a Northwest Coast Native artist who was born in 1962 in Winnipeg, Manitoba. His ancestry is Anishinabe, Cree and Metis. He studied the Kwakiutl style carving from Carl Simeon of Campbell River in British Columbia, over 22 years ago. Carl's intricate and detailed style greatly influenced Emile and has shown through in his carving style. As a single father he raised his three children supporting himself as an artist.

Emil places heavy emphasis on the study of old pieces in all styles of the authentic Northwest coast carving. He carves a variety of styles in masks, wall plaques paddles, rattles, and totem poles, and considers his carvings to be a way of ensuring that those traditions are preserved for future generations. His works are now very sought after and collected worldwide.