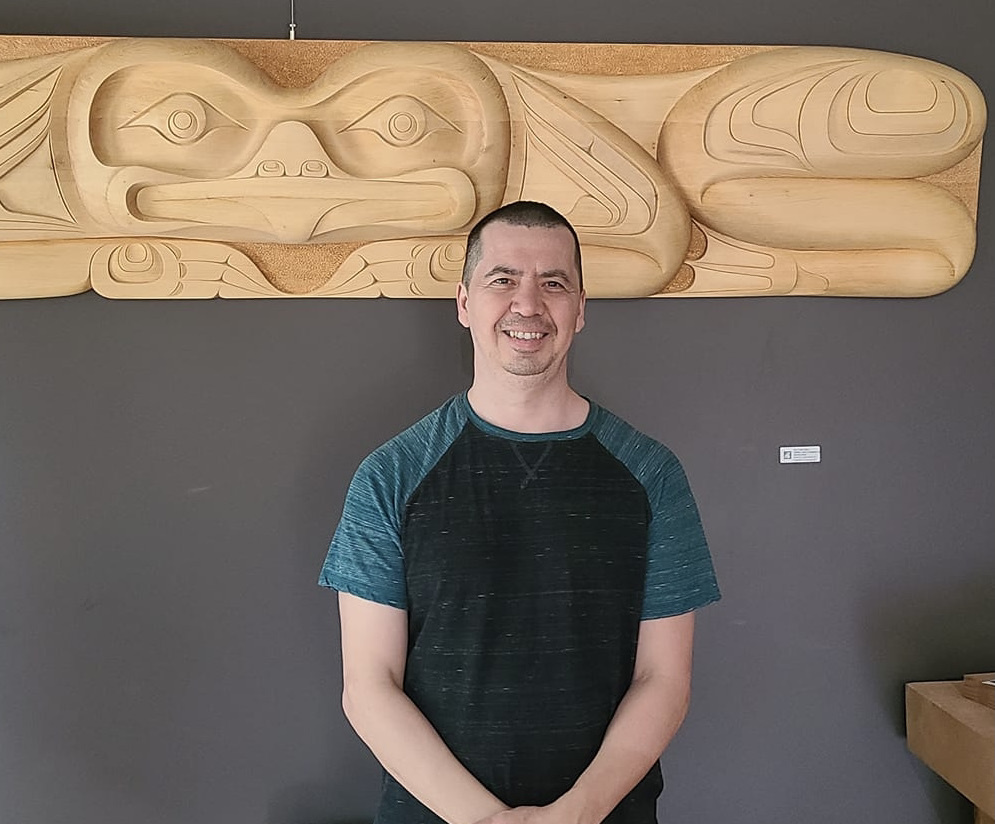 Erich Glendale is Kwakwaka’wakw with roots from Knights Inlet on northern Vancouver Island, BC. Raised mostly in Nanaimo, he settled in with the Tseshaht people in Port Alberni, which he has called home for almost two decades.
Erich carved his first wooden salmon plaque when he was 16 years old, which was gifted to his mother, as is tradition in many First Nation cultures. Although he carved many pieces while holding down other full-time jobs, he decided to produce his artwork professionally when he was 23. Five years later, he started manufacturing his own carving knives, which became known to other artists who sought out his quality knives.
As it helps develop new techniques, Erich enjoys sharing knowledge with and learning from his colleagues from Nuu-chah-nulth, Nuxalk, Kwakwaka’wakw and other nations. Erich interchanged wood and jewelry carving expertise with Gordon Dick that allowed both artists to hone new skills, which set off his journey into jewelry carving.
Erich takes pride in his work. Preferring to continuously improve and evolve, his designs are often dynamic and diligent, making many of his pieces unique or have distinct elements. Although much of his time is spent producing silver and gold jewelry, Erich still enjoys sculpting wood rattles, bowls, paddles, small sculptures, panels and talking sticks. He also assisted Gordon Dick to carve a Residential School memorial pole dedicated to the memory of Art Thompson. Currently, he is proudly carving his first mask. He welcomes and grows from new challenges.
His artwork can be found in galleries and private collections worldwide.