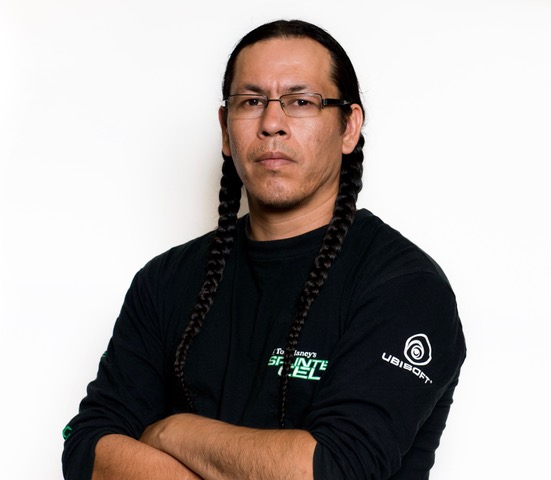 Kevin Spencer Cardinal was born in High Prairie in 1972.  He is Woodland Cree from Wabasca.  He's a fluent Cree speaker.  He's done a lot of hunting on his territory with his father and his uncle.  He doesn't drink or use drugs.  He attends traditional Cree and other Native American healing ceremonies.

Kevin started out sketching and drawing when he was younger, and now paints in acrylics.  Pretty much everything he's learned so far has been through trial and error.  He still spends many hours experimenting with colour and technique.  He's been inspired by other Native artists who's work he's seen over the years.  All his paintings represent his perceptions, beliefs, and experiences of the Creator, of life, and of his family and friends. The animals he paints can represent people, spirits, beliefs, thoughts, emotions, and life experiences.