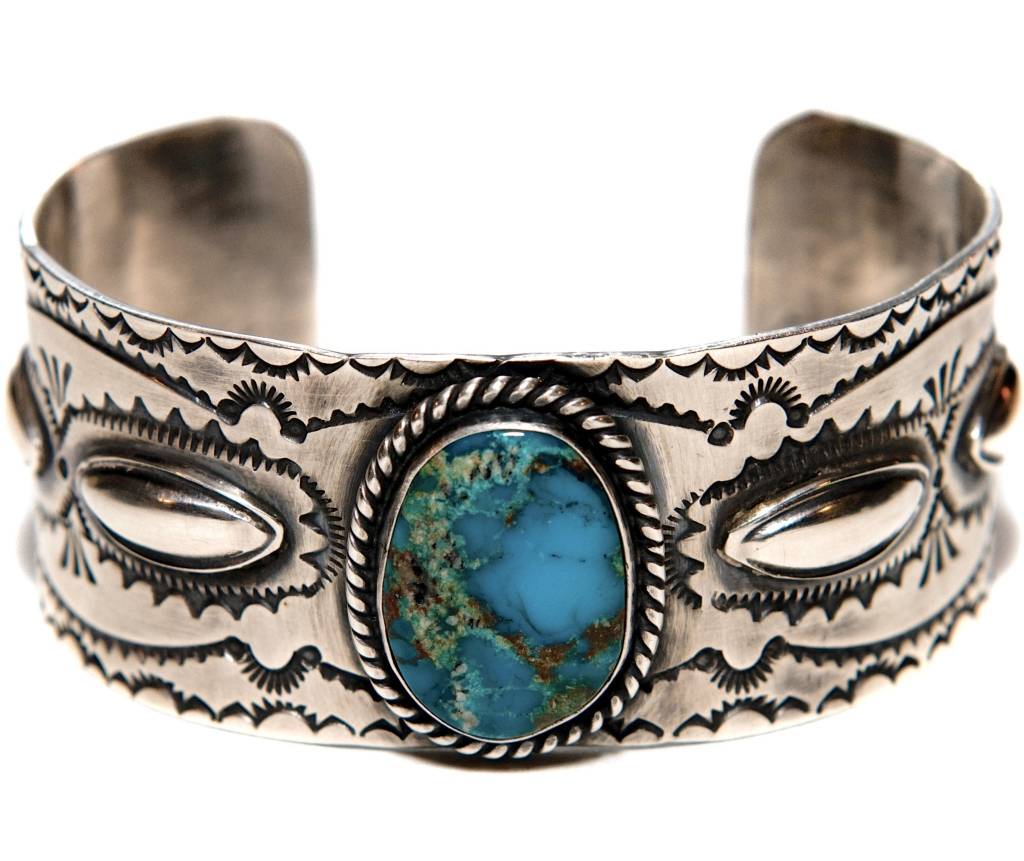 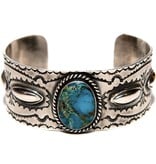 This brilliant deep blue turquoise is one of the most expensive and rare. Bisbee has a reputation as a hard, finely webbed, strikingly brilliant blue stone of high quality. Bisbee matrix is brown to an unusual deep reddish brown which makes the stone easy to identify. The unusual matrix forms wisps or veils throughout the stone, which is often called “smokey Bisbee”. This turquoise is also unique in that it can be found as deep as 900 feet underground, while most turquoise is found at less than 100 feet.


Bisbee is one of the more famous and one of the oldest known American mines. Bisbee’s main operation was the Lavender Bisbee Copper mine. The Bisbee turquoise mine has been closed since the 1960’s. In 2004 the Phelps Dodge Mining Company no longer allowed anyone near the hazardous old mine and buried the turquoise pit under 100 feet of dirt. There will be no more Bisbee mined. Any Bisbee on the market today was officially mined prior to 1970.