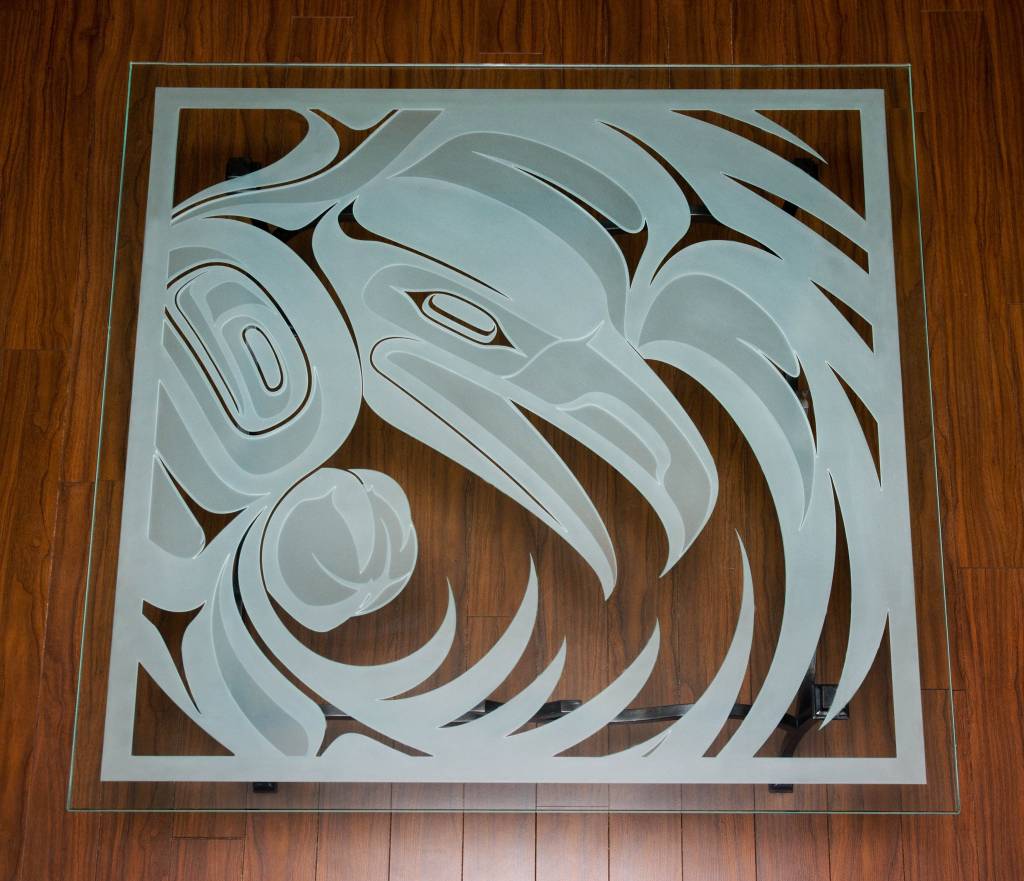 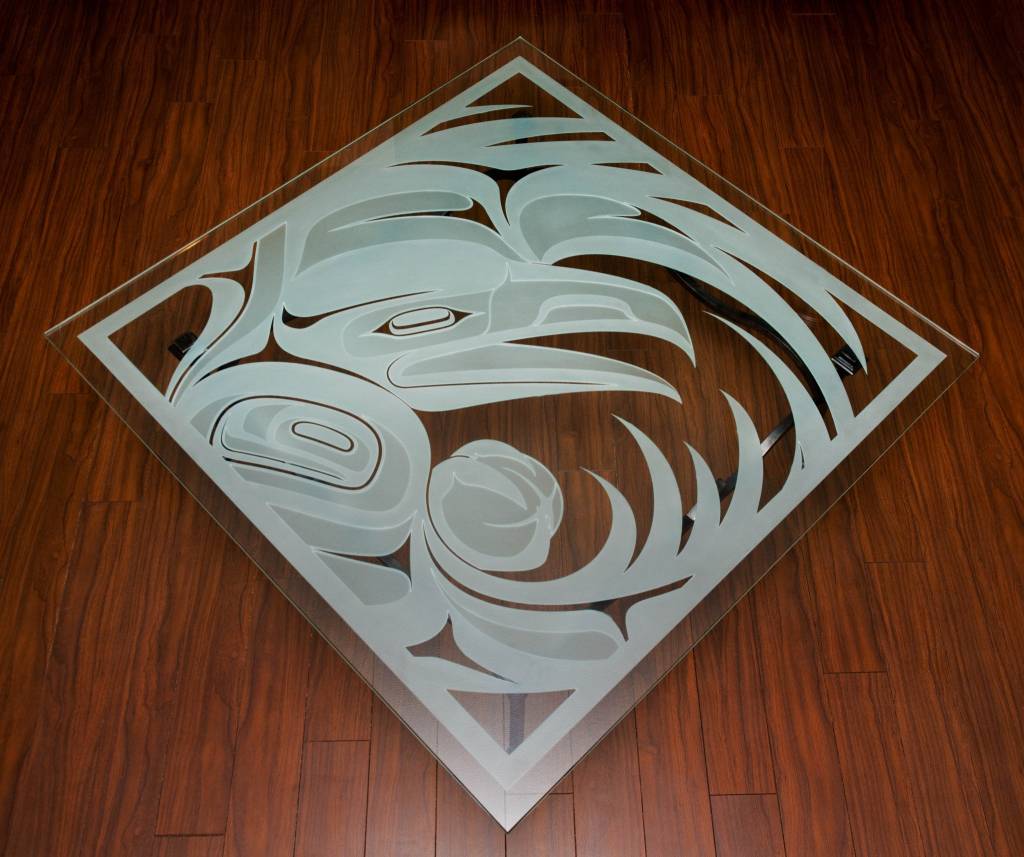 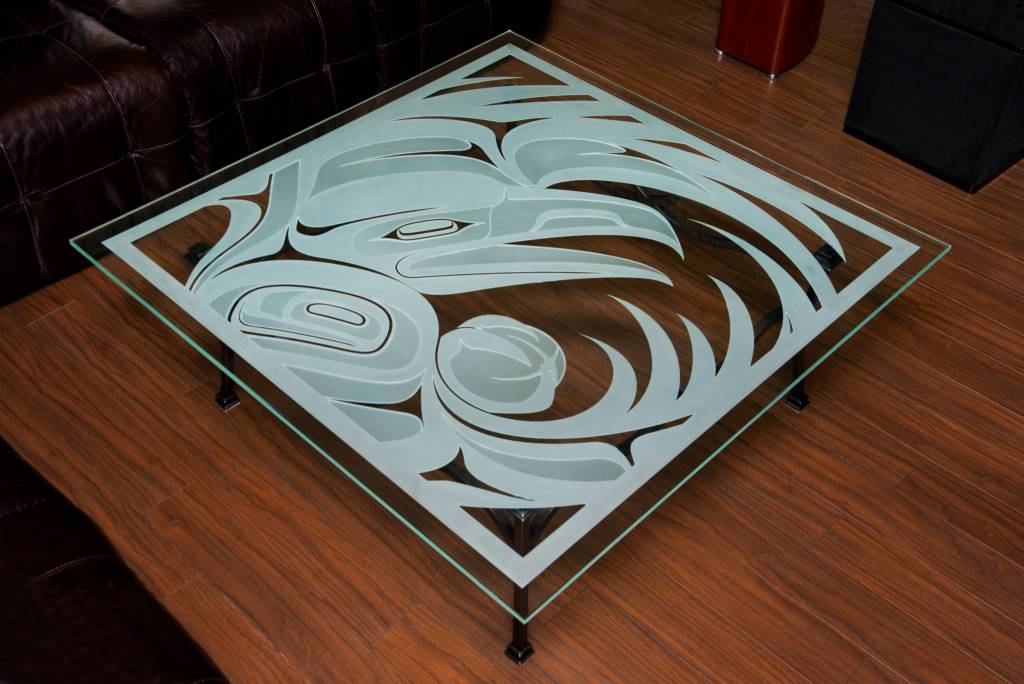 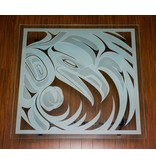 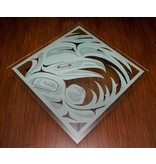 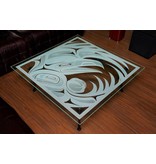 This glass table top was sold but is available as a custom order in a variety of designs, sizes and shapes. This is the 'Smokehole' design, 4' by 4' sandblasted double glass.

Alano is available to create custom orders.  You may choose the shape and dimensions, and the design or crest.  There are also color options.  These may also be used as wall panels mounted on cedar.

Alano is a Tahltan multimedia artist and entrepreneur based in West Vancouver, British Columbia. He has had numerous group shows and solo shows in Canada and abroad and is one of the key artists in the contemporary northwest coast art movement.
Alano cemented the reputation of his growing company during the 2010 Olympic Winter Games when he designed the outerwear for the Dutch Olympic team.