Born December 28,1960, in Shishalh (Sechelt), BC, Canada, and is a member of the Coast Salish Nation. He began carving in 1988 with his cousin, Sid Lamarche, a highly regarded artist. Curtis also cites Kevin Cranmer (Kwagiulth Nation) as a teacher. Curtis carves in the traditional Kwagiulth style. His work displays a fierce pride informed by the deeply spiritual value system that Curtis brings to all his mediums - carvings, paintings, drums and dance. A world class Powwow dancer, Curtis spends the summers competing throughout North America and the winters working with youth at risk and as a family counsellor. 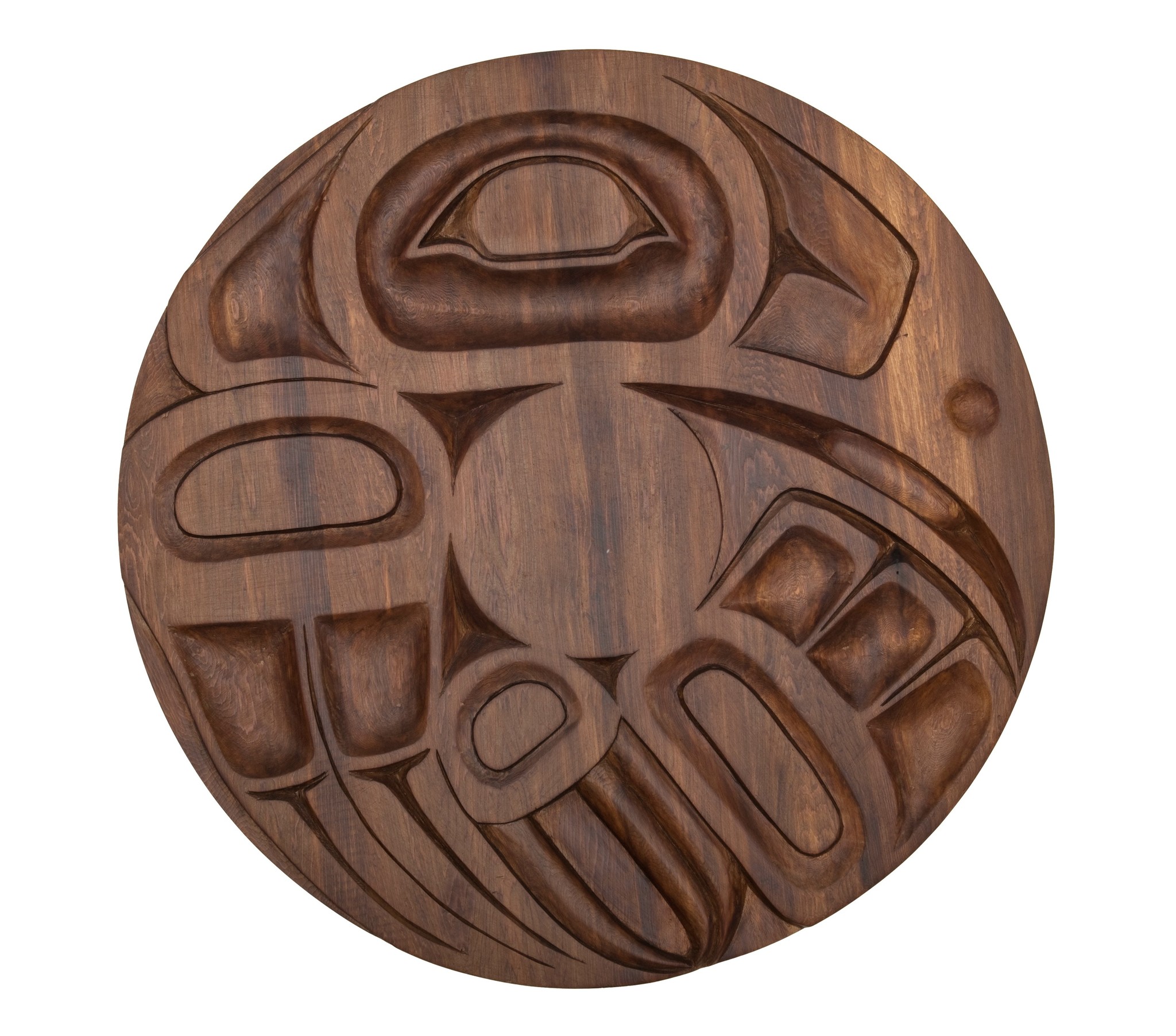