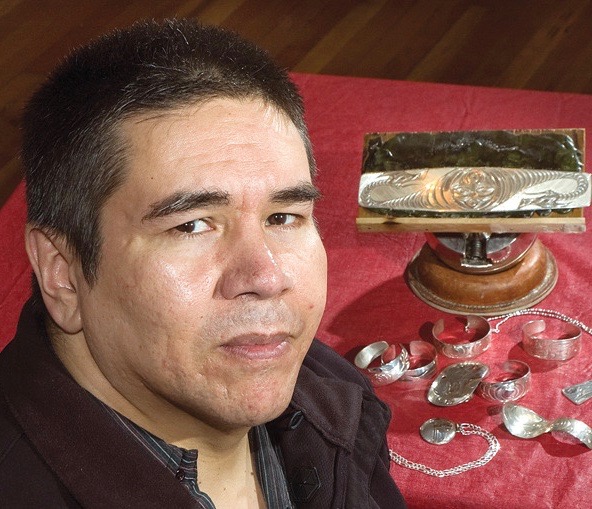 Leslie Wells is a member of the Semiahmoo band in White Rock BC, of the Coast Salish People. He completed a silk screening course in 1981 at the Aboriginal Friendship Centre in Vancouver, BC. Leslie  has studied under Master Artists Robert Davidson (Haida) as well as Susan Point (Coast Salish). A very talented wood carver, Leslie then expanded his arts to carving silver and gold. He graduated from the Northwest Coast Jewellery Arts Program at the Native Education College studying under Dan Wallace (Kwak'waka'wakw). Leslie’s art is characterized as having a “quiet spirituality”,