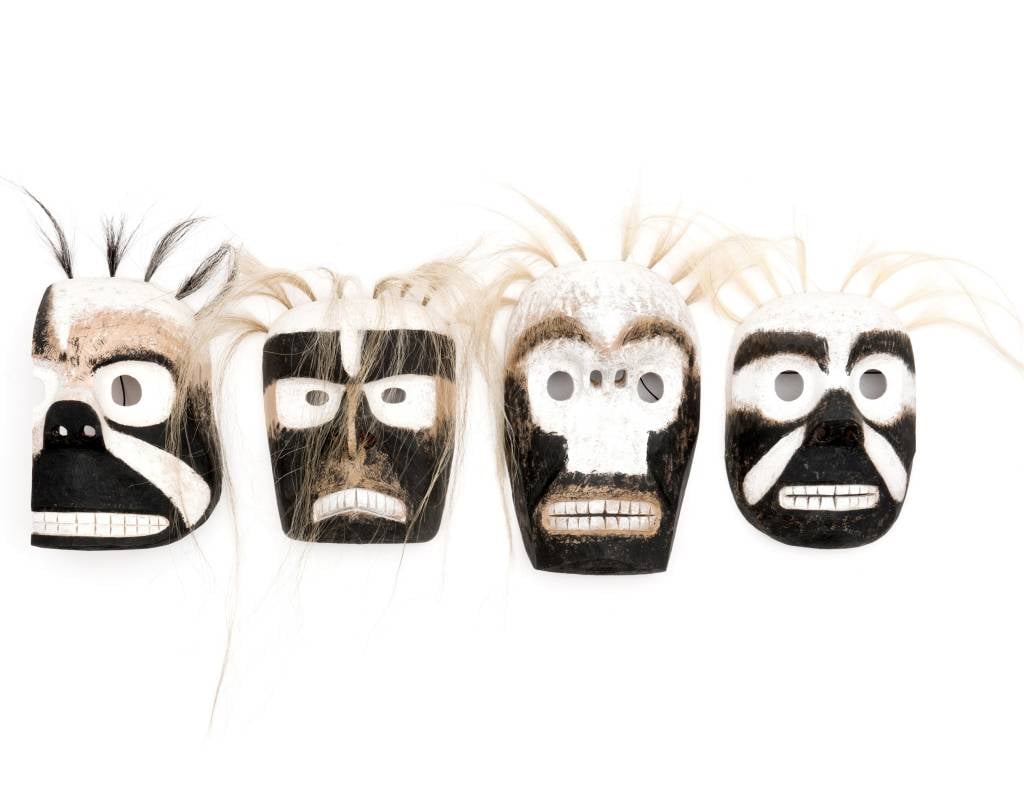 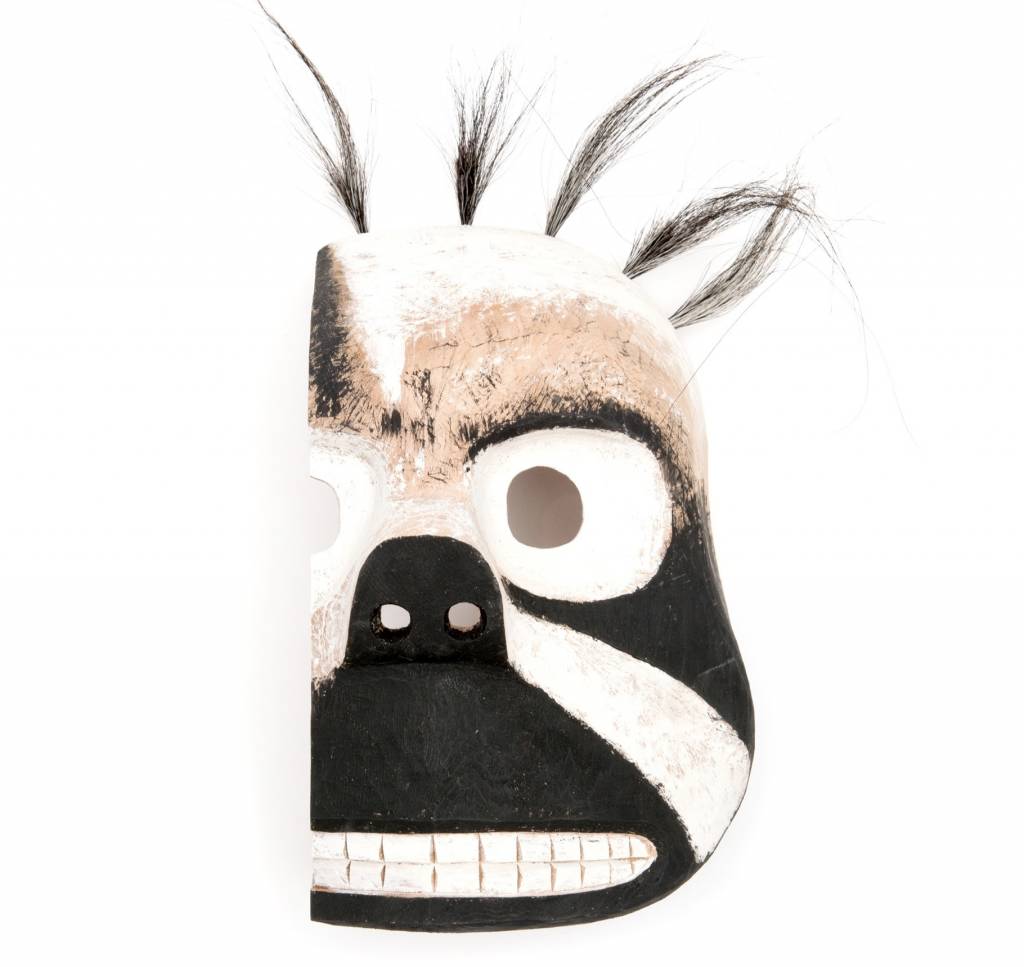 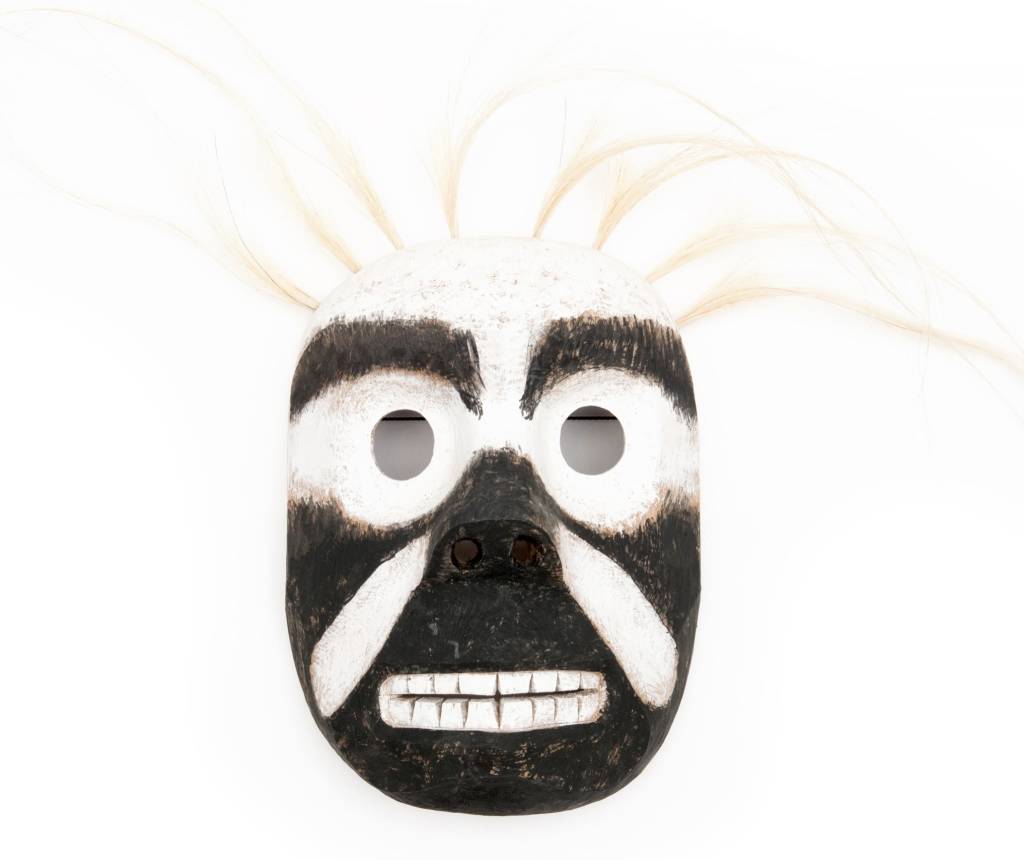 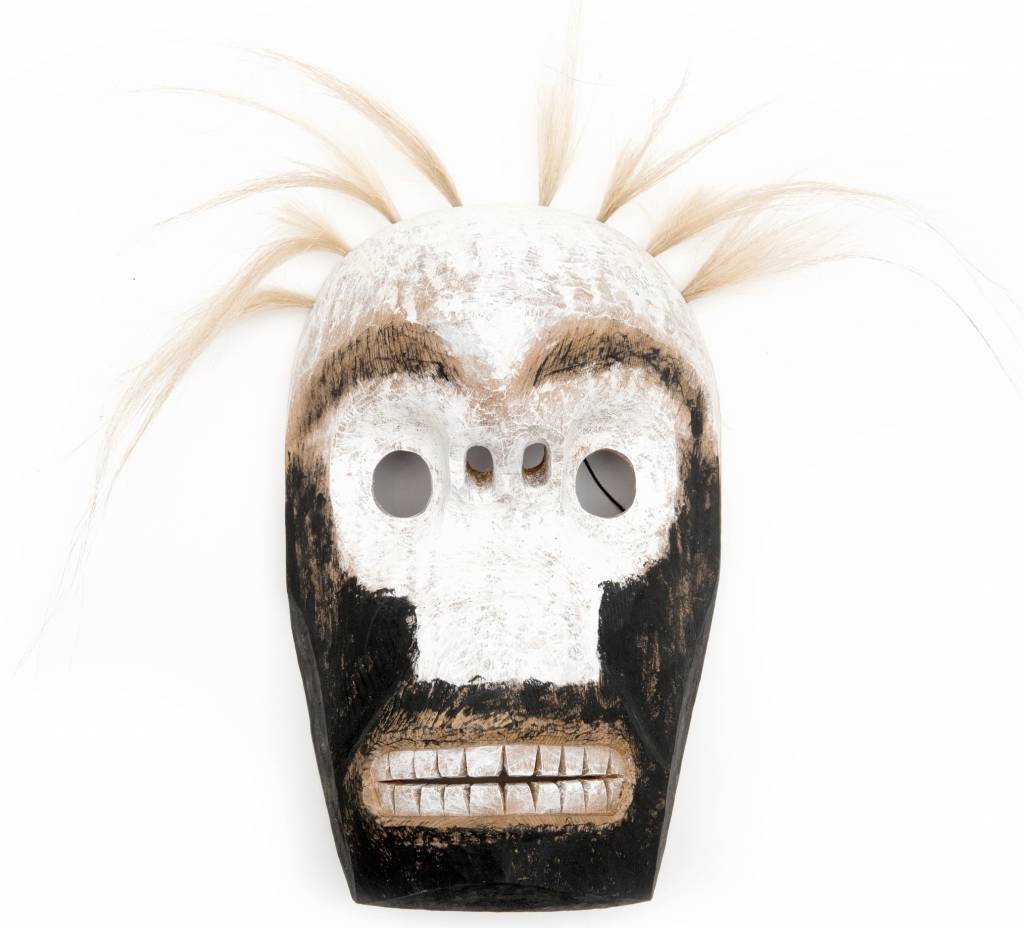 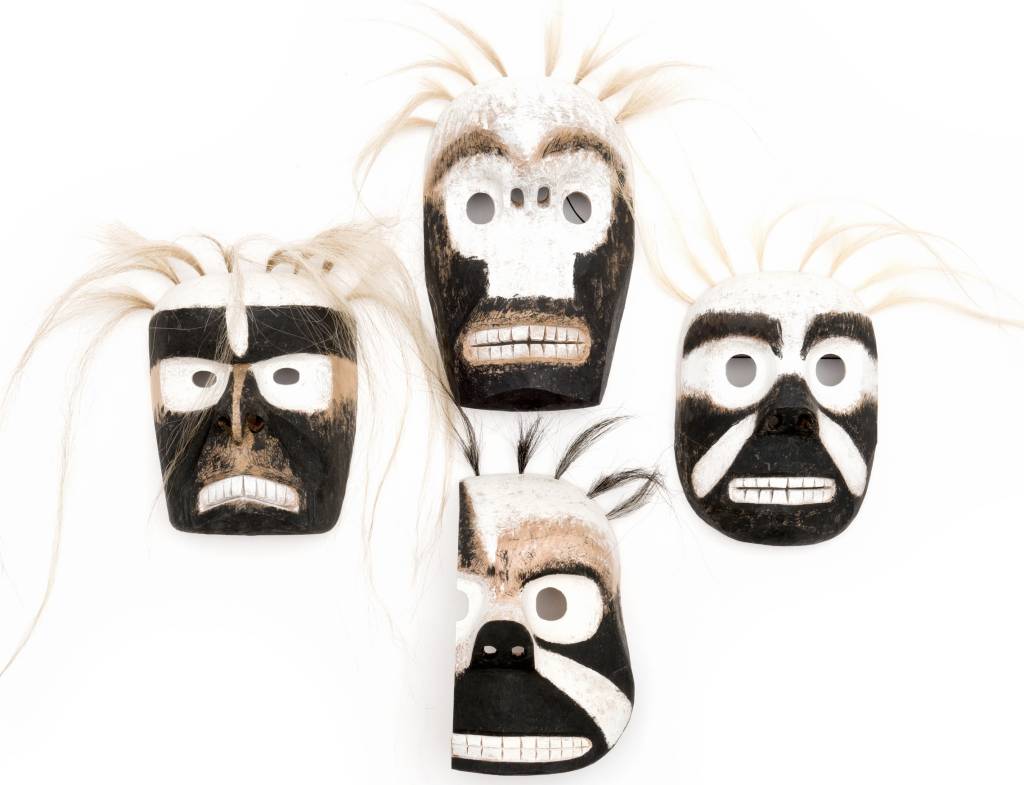 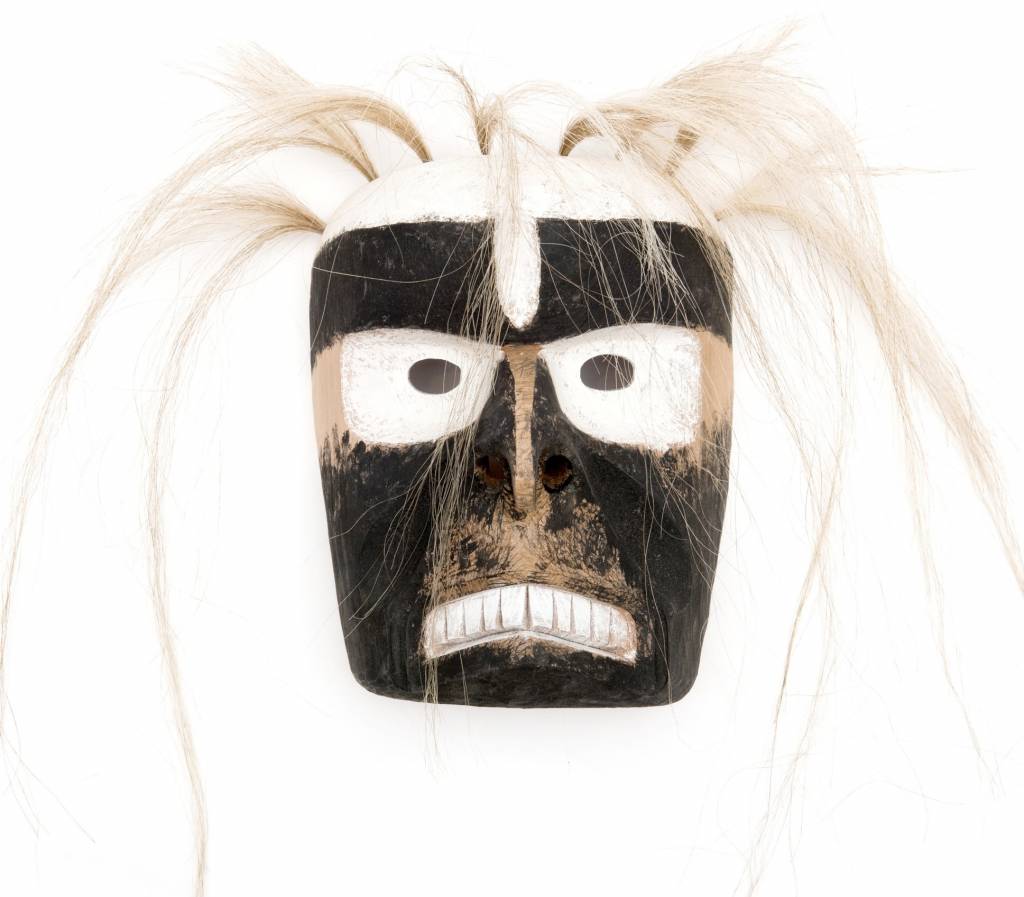 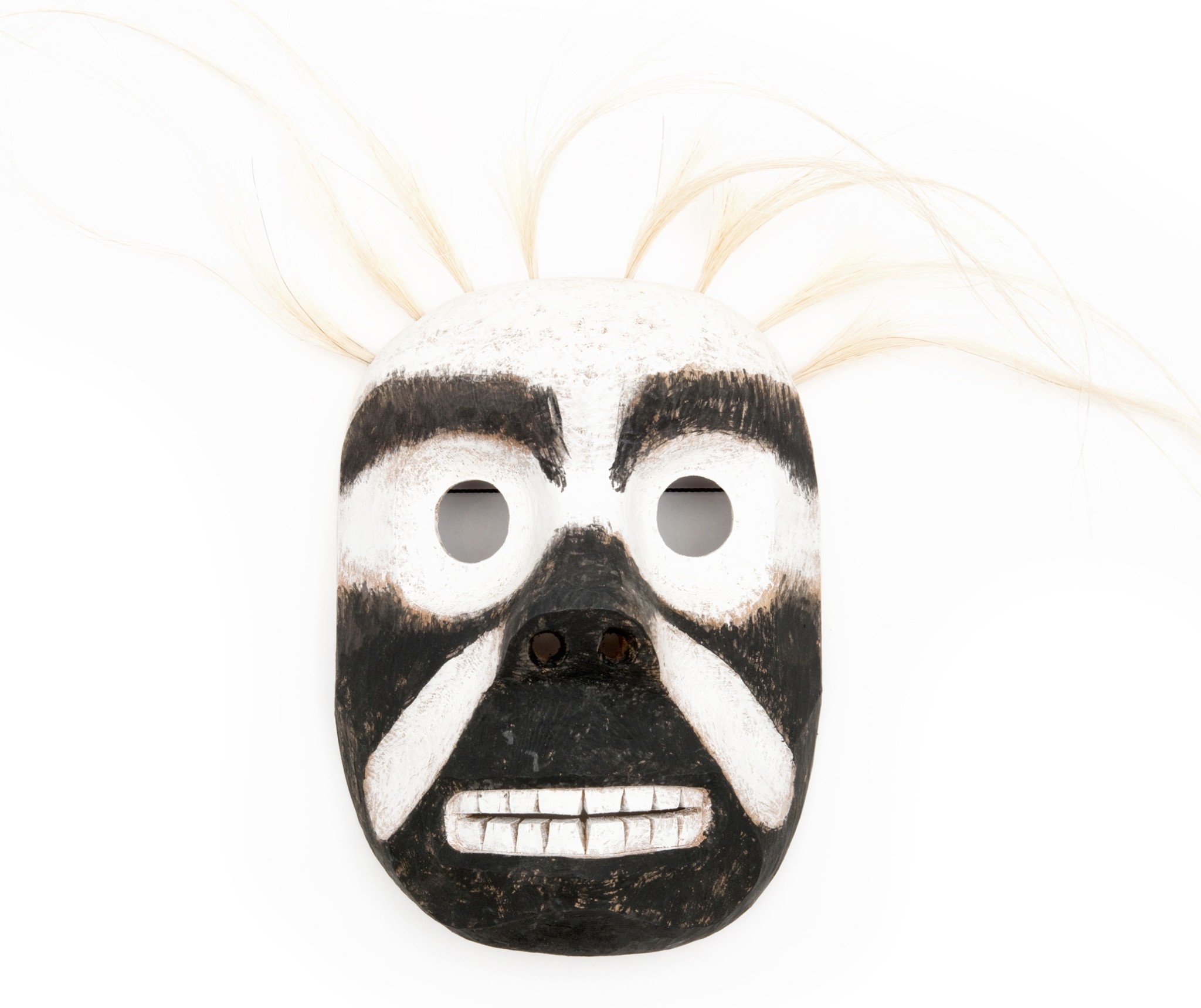 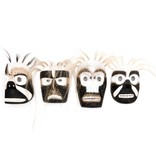 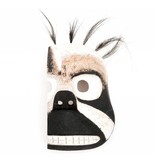 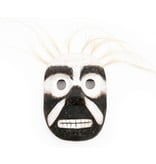 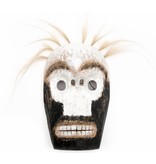 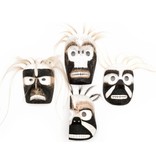 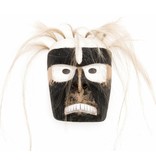 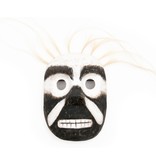 Set of four masks. Replica's of ancient found Kwak'waka'wakw masks. The tallest mask is about 14".

These masks probably represent four different ghostly spirits, each with it's own name.  These masks would have been danced at potlatches or other ceremonies.   The following writing describes one of such dances.

"The performer, an initiate and his family, might have worn head and kneck rings set with carved skulls. Before the actual performance, assistants secretly dug a ditch in the house behind the fire and installed tubes of kelp under the house floor. The ghost dancer would enter the house, make four turns about the fire, and then slowly disappear as if falling into the fire; in fact, he fell into the ditch dug earlier. Soon otherworldly voices could be heard from within the fire; these were actually sounds made by people outside the house speaking into the kelp tubes. It was then announced that the ghosts had taken the dancer, who would return after a certain number of days, at which time a new dance would be performed. At that time, a carving representing a ghost would rise up from the ditch, carrying the dancer."