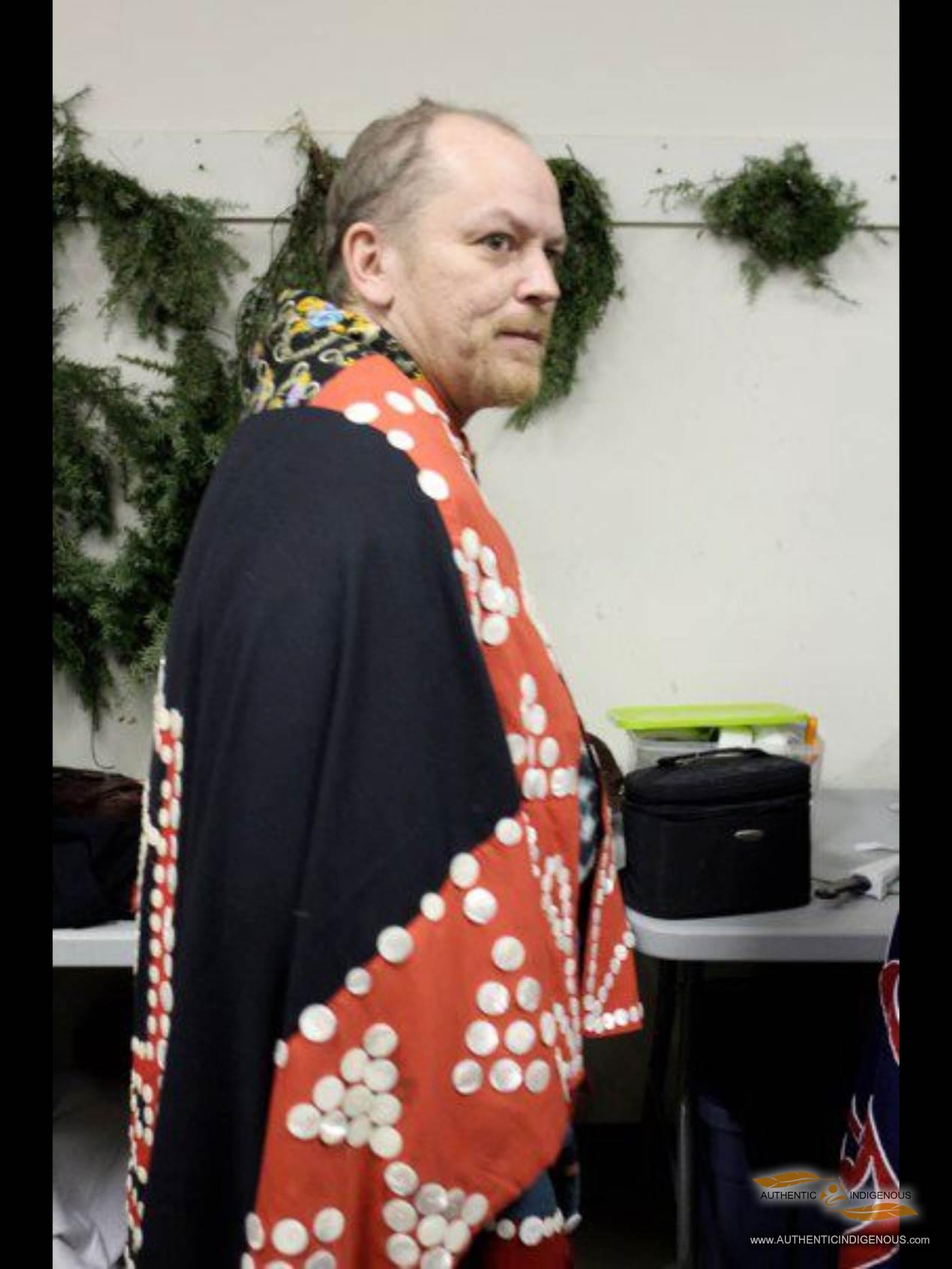 Shawn Karpes' (b. 1968) began training in 1982 with George Hunt Jr., Jim Gilbert and Victor Newman during a Native art program sponsored by three levels of Victoria Public schools. It was at this time that Shawn began experimenting in three-dimensional form. In this program, Shawn concentrated on basic design, painting and woodcarving. During this time, Shawn's mother, Elizabeth Karpes (née Alfred) was working at Arts of the Raven Gallery and introduced Shawn to many carvers. As Shawn had been raised in Whitehorse and lived there until 1977, the world of Northwest Coast carving was a new experience to him although one to which he was connected at birth.

This introduction developed into a study of his family as well as the culture and history of the Nimpkish and Kwakwaka'wakw. Through this study, Shawn was able to meet and befriend many artists who in turn inspired his own work.

In 1987, Shawn Karpes began working at Arts of the Raven in Victoria with Tony Hunt Sr., Tony Hunt Jr., and John Livingston. During this period Shawn increased his skill in box design and mask carving techniques. To learn the art of silver and goldsmithing, Shawn worked with Fah Ambers for 2 years. This was following by an opportunity to work on canoes and various carving projects

Shawn belongs to the Namgis (Nimpkish) band and descends from Alfred, Hunt, Scow, and Inis families. In his work, Shawn pursues both traditional designs and the natural world. He will often depict the supernatural world using a combination of the two.

For the past 5 years, Shawn has been working for the carving program at the Royal British Columbia Museum. In 2001, he volunteered to work on the ITUSTSO restoration of the world’s tallest totem pole at Beacon Hill Park in Victoria, BC